How to Fix Replication or Save Conflicts in Lotus Notes? 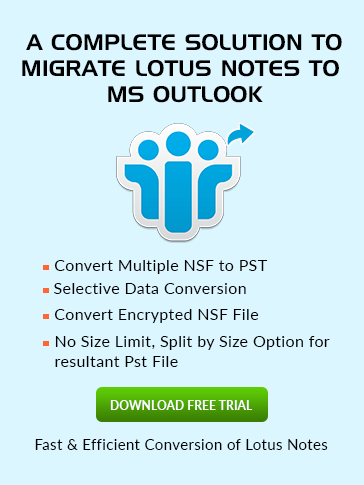 To understand the issues of replication and conflicts occur in Lotus Notes and resolve you must have to know the concept of Replication.

IBM Lotus Notes allows the Notes databases to synchronize between different computers and these machines stored the local synchronized copy of the database. This process of database synchronization is known as replication.

What is Replication conflicts?

When there are two or more than two users edit or modify the single document and changes made get saves in different replicas between replication process. The following points how Domino server manages and saves these editing sessions:

What is save Conflicts?

How to fix or prevent replication or save conflicts?

The following methods or techniques fixes or minimizes replication or save conflicts:

In the above article, we have discussed the concept of Replication. By using this technique of replication, multiple users can edit the same document in a single copy of database simultaneously or can edit the same document from different replicas of a database. In such situation, Domino server treats and stores one edited document in the main document and all other edited documents as a response document. This article explains how the Replication and Save conflicts situation take place and how to fix or eliminates it.

For the user who have willing to move their Notes database to Outlook can do it easily by NSF to PST Converter which makes to access your Lotus database in Outlook. This situation may occur when users tangled by various errors generated by email application and unable to get out of it.